Role of Vault in a Cyral deployment

You can configure Cyral to use HashiCorp Vault to store sensitive credentials and certificates. Cyral can load many types of information from a Vault store, including:

Before you begin integrating Vault into your Cyral deployment, have the following ready:

In the Integrations page of the Cyral Management Console provide the Vault server connectivity and authentication scheme details. Below screenshot is an example configuration. 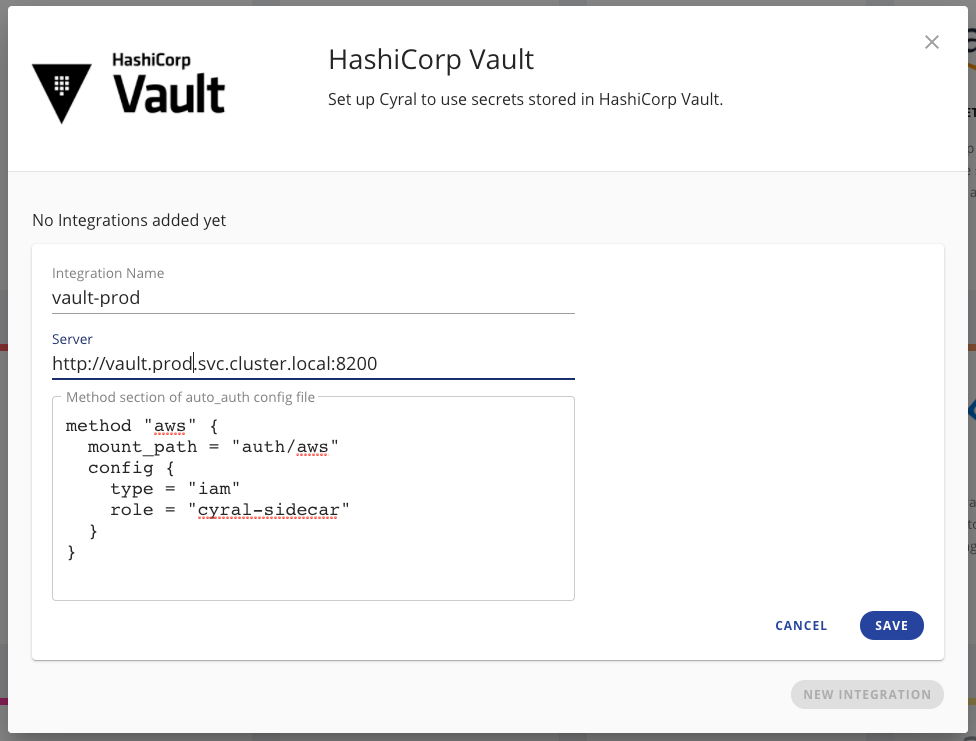 Note that in the above example, the Vault server is using aws IAM authentication and the following blob specifies that. In this example “cyral-sidecar” is the name of the role in the Vault server.

Associate the Vault integration with your sidecar

When downloading the sidecar template from the Cyral management console, choose the Vault integration that you want the sidecar to use. Below is an example screenshot. 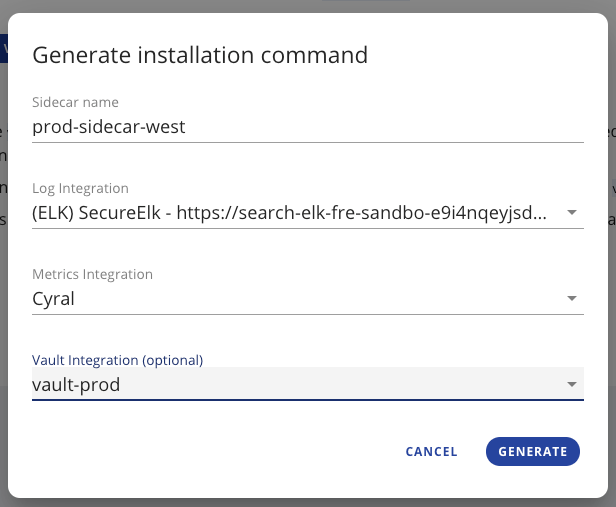 Following example shows adding a single credential set using the vault command line utility. Note that the secret name can be anything, but it is advisable to organize it so that it can be extended to include more repos and credentials.

In the Cyral management console under each repo, add a local account information pointing to the secret created above. Create an identity map to associate SSO group to a local account.

Below is an example screen shot after adding a local account for user “analyst”. 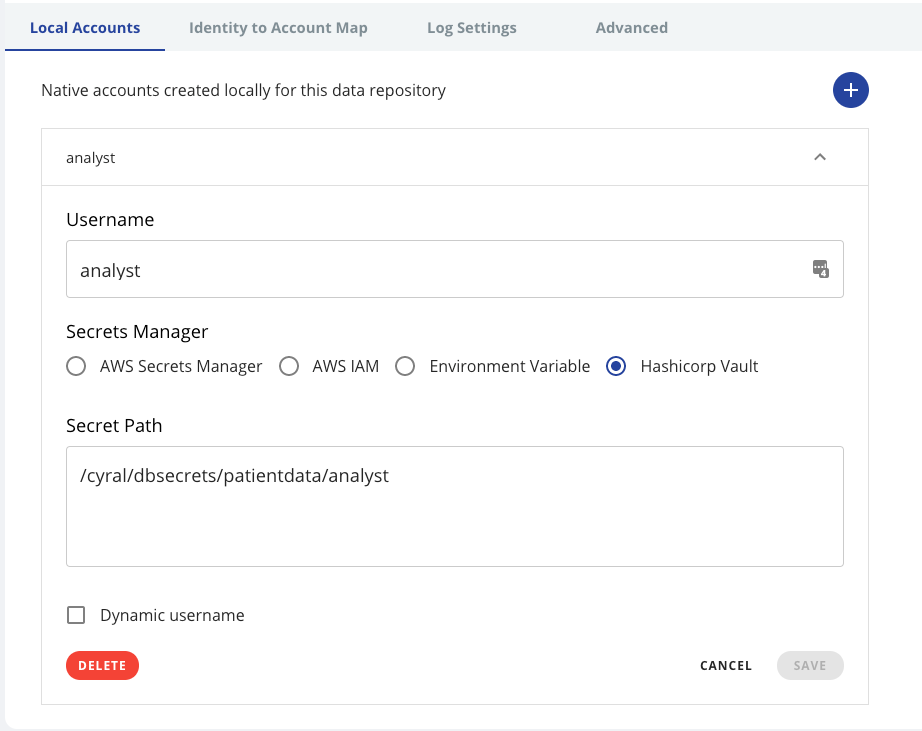